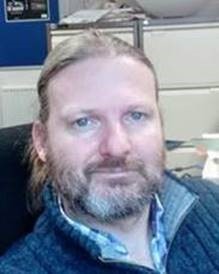 Colin Wilson is a planetary scientist with interests in the Venus (particularly!), as well as Mars and Titan.

After growing up in Washington DC, and after getting a B.Sc. in Durham (UK) and a M/Sc in Sydney (Australia), he's been at Oxford University since 1999, first as a PhD student then as a PDRA and now a Senior Research Fellow. He built wind sensors for the Beagle 2 (2003) and ExoMars Schiaparelli (2016) Mars landers - neither of which, unfortunately landed safely. However, he is now working with JHU/APL to modify this design for Titan Dragonfly rotorcraft lander. Colin's worked on the Venus Express from 2003 - 2016, and on a variety of Venus mission proposals including balloons, landers and orbiters.

Outside the lab, Colin is in a few bands, playing piano, accordion and a variety of brass instruments.