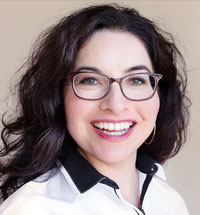 Jessica received a B.A. in Psychology from the University of Texas at El Paso and an M.A. in Media Studies from the New School in New York City. She has over 10 years of project management and outreach experience.

She previously worked at the Astronomical Society of the Pacific, where she designed and implemented the NASA Night Sky Network communication and outreach strategy. She and her team earned a NASA Group Achievement Award for exceptional performance in the creation of an innovative national public engagement program that dramatically increased NASA's visibility in exoplanet exploration. At Astronomers Without Borders she managed their flagship program, Global Astronomy Month, and served as community manager. She was the outreach consultant for the Exploratorium's initiative to reach Latinx audiences for the Total Solar Eclipse: Live From Chile 2019.\Jessica completed the Sky Ranger astronomy communication training given by the Astronomical Society of the Pacific. She was an active member of the San Francisco Amateur Astronomers and the Amateur Astronomers Association of New York. She looks forward to joining an astronomy club in Boulder.