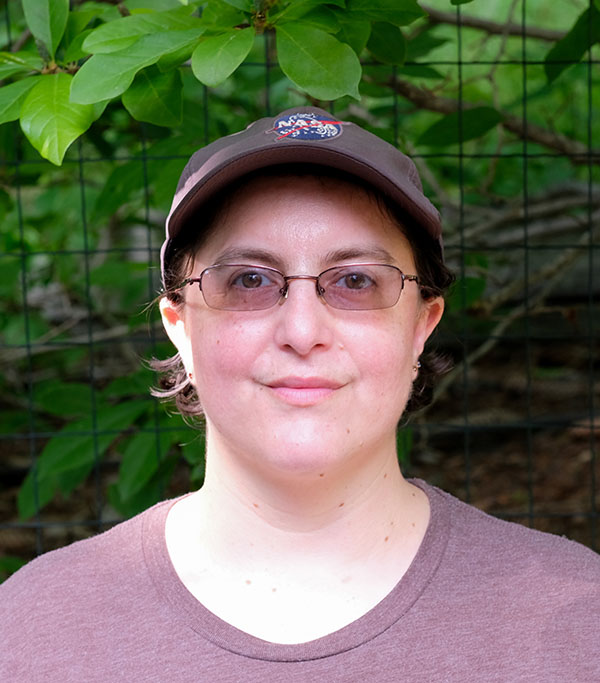 Shoshe earned her BA in Physics from Wesleyan University in Middletown, CT, in 1999 and spent the next several years living in Sydney, NSW, Australia, where she worked in a Physical Optics lab and began a PhD in Experimental High Energy Physics in the University of Sydney's School of Physics. During this time she also spent 4-6 weeks per year at the High Energy Accelerator Research Organization (KEK) in Tsukuba, Ibaraki, Japan, as a member of the Belle Collaboration.

Shoshe ultimately realized that her passion is planetary geology, not particle physics, so she left Sydney with an MSc and moved to Ithaca, NY, to do a PhD with Steve Squyres and the Mars Exploration Rovers (MER) mission at Cornell University. She earned her PhD in 2015, studying the geologic history of Husband Hill, Gusev Crater, Mars, as a MER Student Collaborator. Her degree is technically in Astronomy, though the closest she came to astronomy proper was taking pictures of Earth and Venus from the surface of Mars. Her thesis, which has over 120 figures and 0 equations, combined data from all of the Spirit rover's instruments to analyze the lithologies, structure, and stratigraphy of Husband Hill; and to elucidate ancient aqueous martian microenvironments. Her work was supported in part by a Harriett G. Jenkins Pre-doctoral Fellowship.

Shoshe is proud to have worked on museum exhibits including "Spirit & Opportunity: 10 Years Roving Across Mars" at the Smithsonian National Air and Space Museum in Washington, D.C., and "Mars Base Eagle" at the Wings of Eagles Discovery Center in Horseheads, NY. Her current research project is creating a catalog of MER data that will enable everyone to easily discover and use the data that interests them. In her spare time, she is a Master Gardener volunteer with the Cooperative Extension of Tompkins County, and works on home improvement projects and the numerous gardens on her homestead in Ithaca, NY.