SSI Affiliate Research Scientist Babar Ali was an astronomer, senior data scientist, and machine learning engineer. Babar combined a successful career in industry with his astronomical research, which focused on the formation and evolution of protostars.

Babar did his undergraduate degree in astronomy and physics at the University of Arizona and earned his Ph.D. in astronomy from The Ohio State University. In his dissertation, he developed a spectral classification scheme for stars in the near-infrared wavelength regime and used this method to decipher the nature of young stars in the nearby Orion star-forming region. He also held a graduate professional certificate in Data Mining & Applications from Stanford University, which he leveraged toward a career in machine learning at startups in the Los Angeles area.

As an astronomer, Babar worked on observing campaigns, algorithm development, and archival databases for ESA/NASA's Infrared Space Observatory, Herschel Space Observatory, and Infrared Processing & Analysis Center (IPAC) at the University of Rochester and Caltech as a staff scientist before joining SSI in 2014. He was also the recipient of three NASA Public Service Group Achievement Awards and a science mentor for the NASA IPAC Teacher Archive Research Program. Babar's work outside of astronomy straddled applications of data science to disparate fields such as finance, digital marketing, and the automotive industry. He served as a volunteer data scientist for DataKind, studying wheat field signatures in MODIS and CHIRPS satellite imagery data by clustering the temporal pattern of vegetation and rainfall.

Babar passed away unexpectedly in December 2020. This is a tremendous loss not only to our institute, but to the wider astronomical and data science communities, to which he contributed so much. He is survived by his wife, Kristin Herkstroeter, and two sons, Sekander and Daniyar. His friends have started a GoFundMe page to raise college funds for his sons. 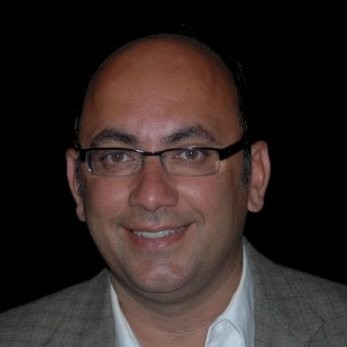 Dr. Josh Bandfield's research focused on the processes that have formed the terrestrial planets, asteroids, and Earth analogs. He used infrared and visible spectral and imaging data returned from orbiting spacecraft and landers to determine the mineralogical, thermophysical, and morphological properties of planetary surfaces. Josh was involved with spacecraft planning, operations, and science activities for martian, lunar, and asteroid missions from 1995 to 2019. He was a geologist by training and liked rocks.

Josh passed away unexpectedly mid-June 2019 and we are beyond saddened for the loss to our space community. He worked as a Senior Research Scientist with Space Science Institute since 2013. Josh was an expert in using thermal infrared and visible spectral and imaging data to determine the mineralogical, thermophysical, and morphological properties of planetary surfaces. He authored/co-authored over 90 peer-reviewed and 240 non-refereed articles on planetary geology, spectroscopic remote sensing, radiative transfer, and thermal modeling. He developed observation and data analysis strategies for the collection and derivation of surface properties from thermal infrared observations. His spacecraft operational experience includes OSIRIS-REx, 2001 Mars Odyssey, Mars Reconnaissance Orbiter, Lunar Reconnaissance Orbiter, Mars Global Surveyor, and Mars Exploration Rovers. He designed, implemented, and validated calibration and data processing strategies for the Thermal Emission Spectrometer (TES), Thermal Emission Imaging System (TES), Miniature Thermal Emission Spectrometer (mini-TES), MCS, Diviner Lunar Radiometer Experiment (DLRE), and Planetary Fourier Spectrometer (PFS) investigations. Josh served as a co-investigator on the Lunar Reconnaissance Orbiter’s Diviner Lunar Radiometer Experiment and the 2001 Mars Odyssey THEMIS instruments. He also served as a participating scientist on several missions, including NASA’s OSIRIS-REx and the Mars Reconnaissance Orbiter. Josh was also active in public outreach, and helped many students and early career scientists.

Please consider honoring Josh with a donation to the Ridge to Rivers trail system in Boise, Idaho. Josh was an avid trail runner, mountain biker, and admirer of wildflowers. These trails brought him a great deal of enjoyment while he lived in Boise.

Josh Bandfield was honored at the SSI's 2019 Space Jam by friends and colleagues including Phil Christensen ( View PDF) and Christopher Edwards ( View PDF).

If you have questions regarding Josh's projects please contact Karly Pitman or Ralph Shuping . 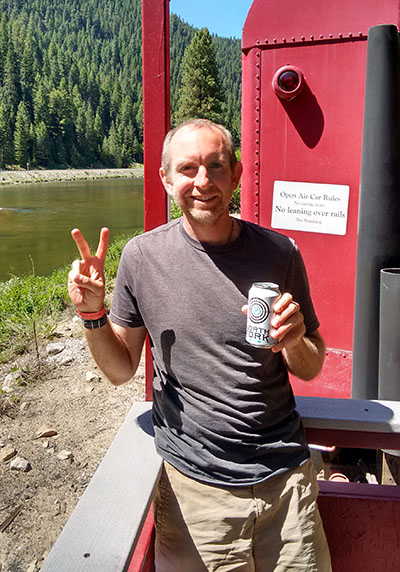