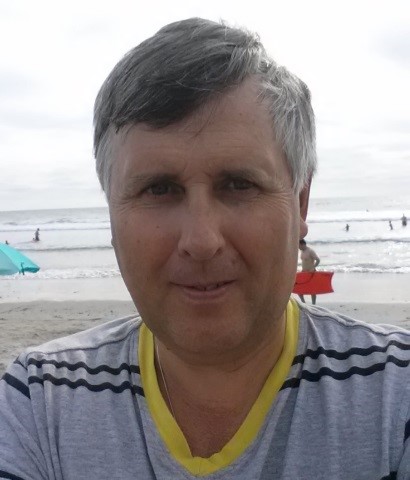 Yuri earned his PhD in Space Plasma Physics from the Moscow Institute of Physics and Technology in 1991 under the advisement of Prof. Vitaly Shapiro and Prof. Valentin Shevchenko who gave a strong impetus to his initial research in plasma physics at the Space Research Institute (IKI) of the Russian Academy of Sciences. In 1993 he was invited to work as a Visiting Scientist and later became a Research Associate at the Laboratory for Plasma Studies at Cornell University, where in collaboration with Prof. Ravi Sudan and Prof. David Hammer he developed kinetic computational models and software in support of laboratory experiments on magnetized plasmas with high-energetic ion beam components. In 1998, Yuri and his family moved to Southern California. He joined General Atomics and continued working on kinetic problems in magnetized fusion plasmas. In 2003 he started working as a Chief Architect for a startup company SciberQuest, Inc, where he spearheaded the development of novel adaptive hybrid simulation codes in support of magnetospheric and fusion plasma research. In addition, Yuri had a position in the Electrical and Computer Engineering Department at UCSD. In 2014 Yuri joined SSI so that he could work in a non-profit organization entirely dedicated to space research and public outreach. Yuri continues to work as a software development lead at Trinum Research, Inc, San Diego.

Yuri's primary research interests revolve around large-scale parallel simulations of inhomogeneous magnetized plasmas that are difficult to handle with conventional hybrid (particle ions and fluid electrons) codes due to severe computational constraints. Such plasmas can be commonly found in laboratory and around the Earth, planets and other space bodies (e.g., comets). Yuri has developed a unique asynchronous computational tool for simulations of such complex multiscale plasma media: HYPERS (HYbrid Particle Event Simulator). By replacing time stepping with a novel paradigm (Discrete Event Simulation) this code has enabled simulations of plasma systems that have so far been out of reach of conventional codes.

In his free time, Yuri enjoys playing tennis, listening to music and spending his time with his family and friends on the beach and in the mountains in Southern California.