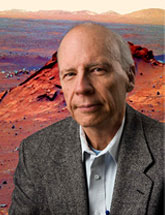 I earned a B.S. from the Univ. of Oklahoma in Physics, followed by graduate work at U.C. (Berkeley) and Columbia. My PhD is in biophysics and my first love is astrobiology, but the majority of my published planetary science is in geochemistry, having developed the x-ray fluorescence soil analyzers for the Viking missions and also participated in the Phoenix mission's discovery of perchlorates on Mars. I am currently a science team member of the MER Opportunity rover mission; a Co-Investigator on the MSL rover's ChemCam investigation; Co-I on a lab study on survival of halophilic organisms under martian conditions; the PIXL investigation on the Mars 2020 rover; and the OSIRIS-REx asteroid sample return mission. Previously, I developed part a flight instrument for the Giotto Mission to comet Halley, and was on a science team for the Huygens Probe to Titan. For 37 years I was with Lockheed Martin in Littleton, Colorado, serving as Chief Scientist of Space Exploration Systems, which built the Magellan, MGS, Odyssey, and MRO spacecraft. I also headed a group developing PI-led mission concepts, including the Stardust, Genesis, Phoenix, Stardust NExT, GRAIL, MAVEN, JUNO, and OSIRIS missions, as well as several proposed future missions.