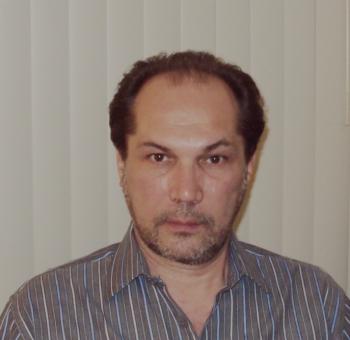 Dr. Gamayunov has extensive experience in theoretical and computational space plasma physics, and in data analysis and interpretation. In particular in:

Dr. Gamayunov has worked as a senior research scientist at IZMIRAN, as a NASA Postdoctoral Program Fellow at NASA Marshall Space Flight Center (Huntsville, AL), and currently he is a Research Associate Professor at Florida Institute of Technology. During his free time, he enjoys reading, watching movies, listening music, and spending time with his family and friends on beach.