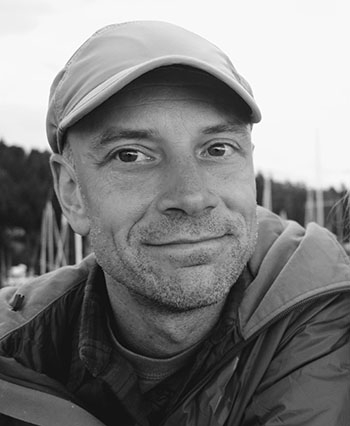 Ralph earned his PhD in astronomy and astrophysics from the University of Colorado, Boulder in 2000 under the advisement of Prof. Ted Snow. He then went on to work on development of the archive, pipline, and observation planning systems for the Stratospheric Observatory for Infrared Astronomy (SOFIA); first as a postdoc at UCLA under Prof. Mark Morris, and then as a staff scientist at NASA Ames Research Center. In 2008, Ralph and his family moved back to Portland, Oregon, and soon after joined SSI so that he could work in an organization dedicated to research and public outreach. Ralph "retired" from the SOFIA program in 2019 and is now working on the EXI camera team for the Hope Mars Mission.

Ralph's primary research interests revolve around star formation in cluster environments (e.g. Orion) and especially the effect of high-mass star formation on nearby solar-mass protostars. In addition, he has recently started a project on the evolution of circumstellar disks around young, high-mass stars using SOFIA observations.